The Native Species of Rats in Washington

Not all rats are treated alike. In Washington there are a couple native species that somewhat resemble the rats we commonly think of today, but only by their names. These include the Kangaroo Rat and the Bushy-tailed Woodrat. Rats as we know them, native to the Washington region, are the Norway Rat and the Black Rat which you know by the names brown or sewer rat and roof rat. Here are the differences between each and what you can expect of them.

Kangaroo rats only resemble rats because of their size. They are not closely related with the rats we are familiar with. In Washington, the kangaroo rat is called Ord’s Kangaroo rat. It is found in the dryer areas and is mostly a loner outside of its breeding season. As would be expected, this rat can jump long distances because of a fifth toe on its hind feet. It is golden brown with a white underbelly and has a long tail with a bushy tip.

The Bushy-tailed woodrat or packrat, is a another rat not closely related to the rats we are familiar with and is quite unique as the name suggests. These rats are known as packrats because they have an eye for shiny items and are known to drop anything they may be carrying for such trinkets. They have large, round ears and a long,flat, bushy tail. Most of them are a combination of brown and black fur but some can look completely black. They live in forests and grasslands and are known to be excellent climbers and jumpers as they possess sharp claws and use their tails for balance. Out of all the species of woodrats, the bushy-tailed woodrat is the most tolerant of cold temperatures. 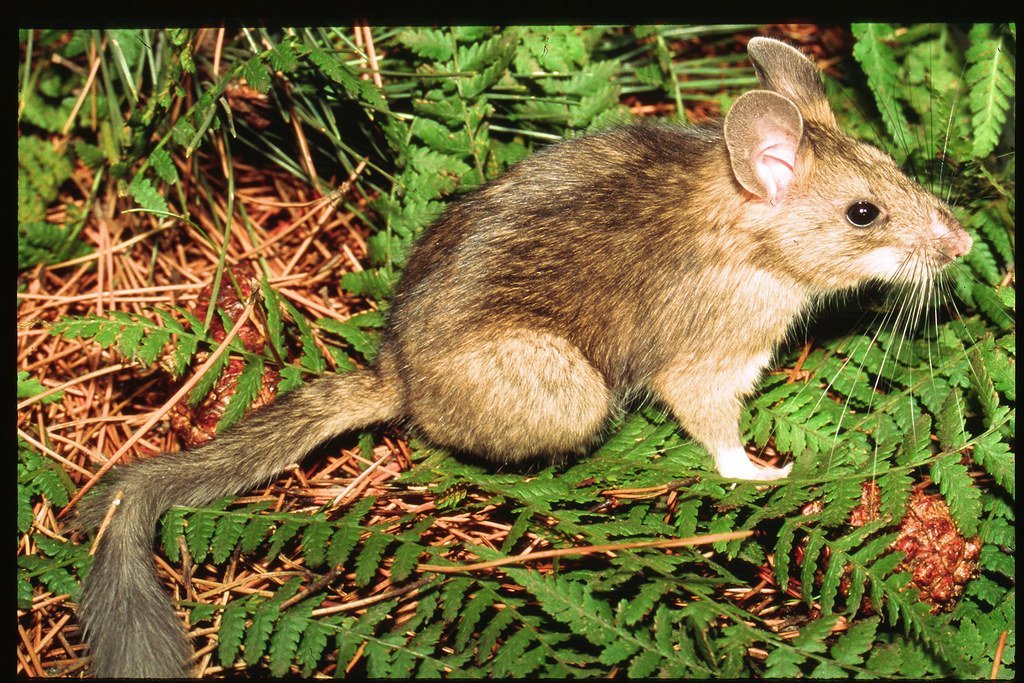 Interesting fact. Norway rats are not actually from Norway! They are believed to have originated from China but wherever they came from, you will now find them wherever people are present. Also known as the brown rat or sewer rat, they are a burrowing rodent that is larger than its common counterpart, the roof rat. With bulky, coarse, brown fur and gray toned underbellies, they nest underground beneath woodpiles, in and around gardens and fields and along the foundation of buildings. They are always in search of food and water as well as a spot to nest and will invade any space necessary to do so. The Norway rat may not be nimble but they are excellent swimmers and often build their colonies near water because of this. Eating anything from meats, fruits, grains and nuts, they scavenge for food sources and are known to eat dead animals, catch fish and even small rodents. Rats sold in stores as pets are typically a breed from this particular rodent.

The Black rat is very similar to the Norway rat but darker in color and slender in shape. They are also referred to as roof rats because of their agility to climb which is why you will find them on top of buildings. A common place to find these rodents is in coastal towns and port cities but they are not limited to these areas. Washington State has recently seen an influx in these rodents as they have been found populating older homes and businesses. Because of their ability to climb and jump, they can easily access homes from trees that hang above, powerlines and tall overgrown shrubs. Places such as attics, faux ceilings and high cabinets become great hiding spots for these rodents to remain hidden and nest.

Whether a species of rat is native to the Washington area or not, they are considered to be destructive and highly unsanitary. Rats gnaw through wire, wood and even soft metals. They leave behind feces and urine that spreads diseases like salmonella, typhus and the hantavirus among others. Any sign of rats within your home or business should be followed with a call to your local pest exterminator. Get Smart Rat Solutions serves the Southwest Washington area, providing customers long term solutions to their rodent problems.

← Prev: Winter Pest Issues In The Pacific Northwest Your Rat Infestation Could Be Coming From Your Sewer → 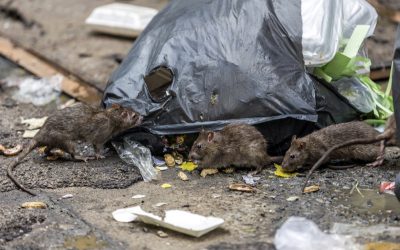 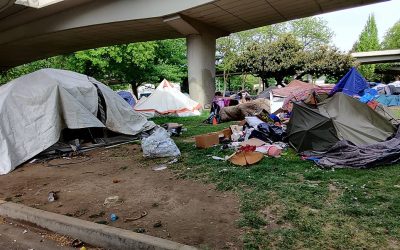 Does Homelessness Contribute To Rat Problems In Nearby Homes 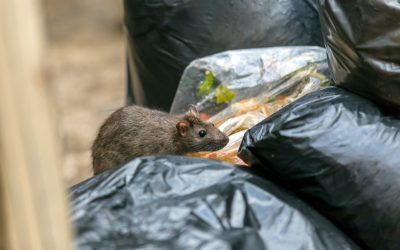